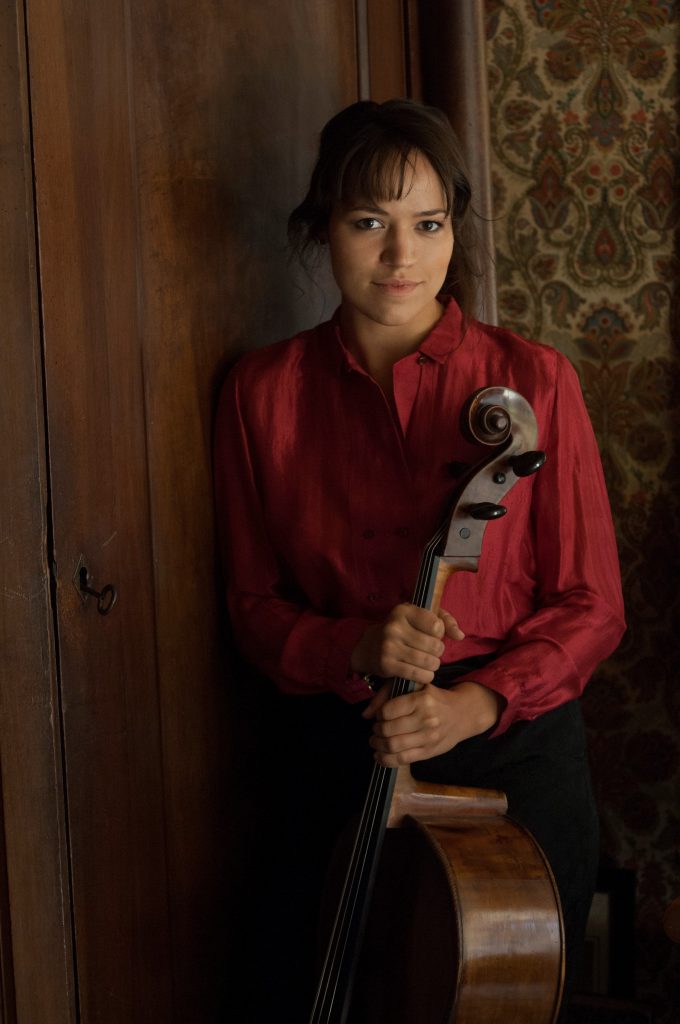 Natalie started playing cello in Belgium at the age of 6 with J-M. Gilissen, then M. Münster. At 14, her meeting with Hélène Dautry at the Lille CRR is decisive. She joined David Cohen’s class at the age of 15 at the Royal Conservatory of Mons (BE) where she performed as a soloist with the Royal Chamber Orchestra of Wallonia, notably performing Tchaikovsky’s Rococo Variations. The multiple awards she receives in national and international competitions reveal beyond her qualities as a cellist and chamber musician, a true artistic sense.

In parallel to her studies, she took part in several chamber ensembles approaching works ranging from the Baroque to Contemporary repertoire (Connesson, Hersant, Finzi, Fafchamps, Vasks, Sollima …). At 19, Natalie met Marie Hallynck, where she studied for 3 years at the Royal Conservatory of Brussels, after which she was awarded the “Great Distinction” and the Heritage Prize « Prix du patrimoine »

She takes part in musical encounters with Maestros such as Justus Grim, Guy Danel, Jean-Bernard Pommier, Gautier Capuçon, Gary Hoffman and Henri Demarquette. After working at the Belgian National Orchestra, she moved to the south of France and developed concert and pedagogue activities at the CRR in Avignon as well as at the Conservatoire du pays d’Arles where she teaches cello since 2017.

Its regular partners are accordionist Pascal Contet (Festival Fort en musique, …), pianists Catherine Forthomme, Moya Yu-Rolland, violinist Yardani Torres Maiani in various chamber formations: Duos, Trios, Quartet as well as with the members of Asteria whose recording was released by Harmonia Mundi in the Harmonia Nova collection. (September 2019)
Dedicatee of the piece for violin and cello « Amaro Drom » composed by Yardani Torres Maiani and published by Kunzelmann (2021), Natalie takes part in other types of musical creations, notably for Readings of literary works; for cinematographic creations with the pianist Guillaume Vincent and the French actress and director Julie Durand.